Learn More About Us

How to get here 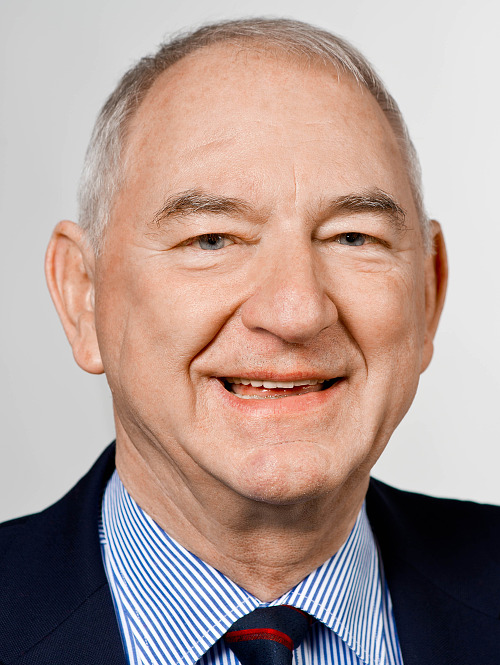 CV and Research Topics
Alex Bradshaw studied chemistry at Queen Mary College, University of London, where he obtained his PhD in 1969 in physical chemistry (supervisor: John Pritchard). Following post-doctoral studies in the group of Dietrich Menzel in Munich, his “Habilitation” was awarded by the Technical University of Munich in 1974. From 1976 to 1998 he worked at the Fritz Haber Institute of the Max Planck Society in Berlin, from 1980 onwards as Scientific Member and Director of the Department of Surface Physics. In the 1980’s he was - parallel to his position at the Fritz Haber Institute - also Scientific Director of the Berlin synchrotron radiation source, BESSY 1. From 1999 to 2008 Bradshaw was Scientific Director of the Max Planck Institute for Plasma Physics (IPP) in Garching (near Munich) and for several years spokesman for the German nuclear fusion programme. Since 2009 he has been a guest in the Department of Theory of the Fritz Haber Institute and, latterly, the NOMAD group. Bradshaw has been adjunct professor at the Technical University of Berlin and at the Technical University of Munich. He is a Fellow of the Royal Society of London as well as a member of the German National Academy of Sciences ("Leopoldina"), the German National Academy of Engineering (acatech), the Berlin-Brandenburg Academy of Sciences and the Academia Europaea. 1998-2000 he was President of the German Physical Society and joint initiator of the first German "science year" (“Jahr der Physik”) in 2000. In 2012 the German Physical Society made him an Honorary Member. He is also an Honorary Fellow of the Institute of Physics (UK) and a Fellow of the European Physical Society. He has been a member of numerous national and international evaluation panels and also chaired EU committees on large-scale facilities and nuclear fusion. Bradshaw was co-founder and first Editor-in-Chief of the "open-access" journal New Journal of Physics. He has received several prizes and awards for his research and for his services to the physics community. At the national level, he has been awarded the German “Bundesverdienstkreuz” as well as the British “CBE”.

Altogether, Bradshaw and his co-workers have published more than 450 research papers. Some important topics and results are mentioned in the following. Having been concerned in his PhD with IR reflection spectroscopy of adsorbed molecules, he became interested as a postdoc in x-ray photoemission, in particular in satellite structures in core hole spectra of solids. On joining the Fritz Haber Institute he worked in the area of angle-resolved uv photoemission and discovered with Karsten Horn the formation of two-dimensional adsorbate band structures. In cooperation with Phil Woodruff he introduced, and applied extensively, the method of quantitative photoelectron diffraction using synchrotron radiation. This has since led to the determination of more than 85 adsorbate structures. Bradshaw and his group have also studied photoabsorption phenomena (NEXAFS and SEXAFS) in free and adsorbed molecules. They have also followed surface reactions using low energy electron microscopy. Several of these experiments become more effective with the use of synchrotron radiation. In any summary of Bradshaw’s research over the last 40 years, one important conclusion stands out: the application of various spectroscopies in surface science has led to a deeper understanding of structure and bonding in adsorbate systems. However, more detailed structural information is often still missing. The Berlin group with its photoelectron diffraction technique has helped to bridge this gap.